Exploring the depths of donorflex to make better lives 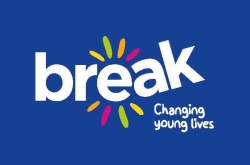 If anyone caught Molly Housego or Zena Wright smiling smugly at last year’s donorflex user conference, as keynote speaker Simon Burne questioned the wisdom in charities running shops, you’re about to find out why.

A waste of time and resources, he said. In return for displaying the organisation’s name in foot-high letters, you had a shelf-load of hassle. That might be the case for some, the two Break delegates could have told him, but not for them. Far from it. Very far.

In the 12 months from March, 2004, Break’s string of 31 retail units – first rule, don’t call them charity shops, second rule, make them hubs of their communities that act like massive billboards – yielded a profit of £750,000-plus on a turnover of £1.9m.

Put another way, they were responsible for 33 per cent of the organisation’s gross fund-raising income, but only 19.5 per cent of costs. All others sources of fund-raising revenue – individuals, corporates, trusts, community, grants, other donations – combined to make just shy of £700,000.

Little wonder that, at the time of writing, they were on the way to opening their 32rd shop, or that, during, the next five years, that balance will shift considerably.

It’s a long way from the £49 that was in the bank shortly after Geoffrey Davison started the charity in 1968. He’d been asked to help on a holiday for a group of young epilepsy-sufferers, expecting it to be a one-off. Fate, though, had other plans.

The organiser was called away on an emergency, and Geoffrey’s girlfriend Judith – long since his wife – went along to lend a hand. What they experienced convinced them that families who cared for loved-ones with disabilities were in desperate need of time and space to recharge their batteries. And nobody was providing it.

From that point on, they gave their heart and soul to the organisation, often working 20-hour days, seven days a week, until their retirement, a couple of years ago. What changes they’ve seen along the way.

"We started off with one holiday centre, in Hunstanton, just up the coast," explains Sarah Bunn, Communications Manager at Break’s head office, nestled among the B&Bs in the north Norfolk seaside town of Sheringham. "We’ve grown considerably since then, as you can probably imagine."

The holiday centres are still what most people associate with the charity. In the year 2004-2005, 757 holidays were provided, for children and adults with special needs, at the Rainbow and Sandcastle centres in North Norfolk. Another 142 individuals enjoyed holidayed at Breakls self-catering chalet in Westward Ho!, Devon.

Most of the fund-raising goes towards providing holidays for people with disabilities, and giving their parents and carers a valuable period of respite, to holiday themselves, or do the things the rest of us take for granted.

But the holiday centres are far from all that occupies the minds of the 280-plus full and part-time staff who make Brea tick.

"We also have five children’s homes," Sarah continues, "and a family assessment unit for families in crisis. The whole family stays with us for a period of up to three months, and we help the parents to develop good parenting skills so they hopefully continue to live as a family unit and keep their children safe."

There are also day care support services for adults with learning disabilities, mainly at the DayBreak centre, in Sheringham, and six smaller community-based Cluster groups throughout North Norfolk.

Growth is the key

The latest additions to the BREAK portfolio are Trafalgar and Nelson Lodges. The former’s a long-stay centre that specialises in developing independent living skills in young people with profound learning disabilities. The latter’s a short-stay centre, catering for children with special needs, including autistic spectrum disorders and challenging behaviour.

It’ll come as no surprise to learn that, last year, expenditure reached just shy of £6m.

Like most charities, find-raising efforts following the Asian tsunami and other international disasters has had a marked effect on fund-raising from the public at large. And, like most charities, the organisation has to keep a watchful eye on its special sources of funding. In BREAK’s case, many of their specialist centres depend on social services funding, a world not without its peaks and troughs.

Like many donorflex users, too, they’ve committed to exploring the depths of Version 7 to underpin the foundations of future success – mindful that windfalls like the £64,000 Who Wants to be a Millionaire? cheque TV presenter Alice Beer dropped on their mat, last year, don’t come along very often.

If shops are the biggest sector – outside of care-based fees income from social services – community fund-raising comes next in the familiar shape of skydives, firewalks, moor hikes and golf days. That balance will change, however.

"We’d like to grow our corporate support over the next year to 18 months," Sarah adds. "We’ve got together a corporate pack, which we’re ready to go with. We’ve done sales training. We’re there, we’re ready, we’re waiting to go.

"We’d also like to grow the individual side. We realise we need to grow regular givers. We hope everything else will grow organically with the business."

At the heart of it will be donorflex, as it has been since 2003, when AppealMaster was taken over by Blackbaud. Break started 2006 with a dedicated day of Version 7 training that focused on donor-profiling, segmentation for mailing, extended use of Communications and Organised Events.

From Alan Chapman’s Fundraising office, through the maze of corridors at Davison House, they’re among the growing band of users who seem to have adopted their own motto: Train to Gain.

"We can’t afford to waste any of our resources," Sarah adds. "At the end of the day, we’re all competing for the same pot of money. We’re all worthy causes. If you run in the best possible way, make it efficient and economical, and put resources to best use, then great! That’s invaluable. Without a shadow of a doubt."

donorflex has enabled us to view our relationship histories on-screen, and develop them over time. If you can’t do that, then you fall at the first hurdle – Sarah Bunn on the value of a well-run database

Tell me about Break

It has become a lifeline to many families and needs to raise more than £2m from donations, grants and shops every year to fund the high level of care that’s essential for the safety and comfort of guests, many of whom need dedicated staff on hand round-the-clock.

As well as subsidising every holiday by at least a third, the organisation constantly updates and improves the specialised equipment that make the centres accessible and fun for guests with profound disabilities.