The moment when TV frontman Patrick Kielty watched 10-year-old Vijay reunited with his family, after two years begging on the railway stations of India’s Andhra Pradesh province, is imprinted on millions of hearts across Britain. It was the happy ending to last year’s remarkable Sport Relief film about a problem that sadly, to the Railway Children charity, is anything but extraordinary.

It’s been that way since 1995, when railway executive David Maidment saw children begging on station premises in Mumbai (Bombay) and decided to do something.

In Kolkata, Mumbai and Delhi alone, more than 100,000 children live on the streets, vulnerable to abuse, because of poverty, family breakdown or the death of a parent.

With its local partner organisations, Railway Children works to return them. It starts with a rescue and continues through providing shelter, friendship, counselling, and a postcard home that tells the family their missing child’s alive.

But it isn’t all about India and the 10,000 youngsters like Vijay. Far from it.

Head north or south from the charity’s Crewe headquarters and you’ll find voluntary agencies in London to Glasgow taking teenage runaways home before they slip out of sight, or addressing the issues that cause them to leave in the first place.

Railway Children’s UK net stretches from Torquay to Sunderland – but it doesn’t stop there either. In places like Siberia and Moscow, the charity’s working with partners to develop similar programmes. And in Zimbabwe too.

It’s been a remarkable journey

The charity’s come a long way since David Maidment’s life-changing moment in 1995. In 2003-2004, income rose to record levels – and so did expenditure. It means one thing. The demands on staff – and donorflex – will rise as it grows further.

For every pound that comes from such sources, though, more than four cross Wendy Brawn’s desk from individual donations and fund-raising activities. That’s why the charity began its first full donorflex-managed financial year – in June – with the Regular Giving and Organised Events modules taking the strain.

"About 10 per cent are Regular Givers," the Finance and Administration Officer says of the 6,000 donors on the database. "There are variances in each geographical area. We have quite a high concentration in the south, and very few in South Wales."

That geographical spread put donorflex to an early test when Railway Children’s new head of fund-raising, Jane Simpson, needed to provide herself with a clear picture of where their support lies. Using Power Search and Tracker, they segmented the database and produced the revealing reports.

In fact, the charity has explored and exploited the database to an impressive depth for such a new user.

They struggled with the Merchandising module slightly – "because we were so new to it" – but their allocated client development manager was a great help.

Second came their link-up with Select Service Partnership, which sees thousands and thousands raised each year – £90,000 in 2004 – mainly through collecting boxes at railway station catering outlets.

Then there was the ambitious Three Peaks Challenge, in June, when 185 hardy walkers spent 48 hot and sticky hours riding the rails between Snowdon, Scafell Pike and Ben Nevis, and raising £130,000 after climbing each.

And there was also MAD Day, when railway staff nationwide plunged themselves head-long into hundreds of bizarre activities to raise awareness as well as cash.

"The railway industry really take it on board," Wendy says. "It raises an awful lot of money for us, and they’ll either just pay it in straight to our bank account, send us the payment slip copy and we’ll put it through the database, or send it to us. Then, of course, we mail-merge the thankyou letters and do the things that go on afterwards."

Eyes focussed on the horizon

So far, so good, then – but the big moment will come next year, when Wendy has a full year’s accurate data on donorflex and the operation can stoke up a head of steam.

"We’ve been putting more and more on the database. From now on, we’ll build this picture of the financial year. By next May, it’ll give us better comparisons."

Before then, the charity’s looking forward to donorflex Version 7, most keenly the new Legacy Management module – "that’s the next campaign we’re going to start moving towards" – and a simplified Organised Events module.

Though donorflex has been helping Railway Children to reach in to places like Mumbai, Manchester and Moscow for just a year, Wendy has her eyes set on the horizon, knowing that they’ve only started to scratch the surface.

"There’s an awful lot there we’ve not touched," she explains. "There’s still a lot to keep us going yet. It’ll be helpful for years to come."

As soon as we put that money into the system, we do the mail-merge and get the letters out. We try and turn that round as quickly as we can, so they know that we’ve got the money – Wendy Brawn explains the importance of using Communications to cement the relationship with their donors

Tell me about Railway Children

Railway Children was founded in 1995 by David Maidment, former Controller of Safety Policy with Railtrack, and became a registered charity in 1996.

When working on a business assignment in Bombay, he’d become deeply moved by the plight of children living on railway premises overseas.

After leaving their homes, across the world, millions of them first come into contact with the harsh realities of street life when they arrive at main railway and bus stations. During the first few days, they’re particularly at risk and are often exploited. Some are as young as five.

They do it by working in partnership with existing street children projects where station outreach work is undertaken, or by persuading local children’s organisations to start such contact work. The aim is to reunite children like Vijay with their families, where possible or desirable, or to put them in the care of an appropriate organisation.

David Brookes, Director of Finance & IT, brings us up-to-date:

Railway Children has a diverse income base that includes individual donors, corporate donors, an events programme and funding from trust funders.

To manage this effectively, the charity needs to keep a record of all current and potential donors – as well as analysing the income received for management information and reconciliation of accounts purposes.

donorflex is the main system we have for all things related to our UK income streams.
It enables effective management of our multiple donor relationships, and provides an internal reference point for our finance and fundraising teams.

Functionality-wise, donorflex has proved highly adaptable. For example, we can customise our approach to managing different income streams. For instance, the life cycle of a foundation record is very different and requires a different approach to, say, regular givers or participants in one of our organised events programmes.

The ability to configure data appropriately on donorflex, and to access this via – for example – ODBC links to Excel allows us to gather and share data in ways that can be tailored to the relevant fundraising team.

Latest news
donorflex delight at hospice's big thanks
Hospice Income Generation Network conference 2022
Christmas greetings from your chums at donorflex
Back to the future at Hospice Lotteries Association... 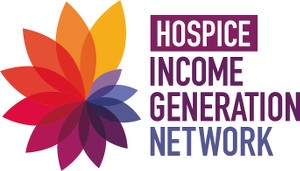